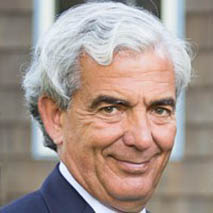 Harvey C. Jones has been the managing partner of Square Wave Ventures, a private investment firm, since 2004. Mr. Jones has been an entrepreneur, high technology executive and active venture investor for over 30 years. He co-founded Daisy Systems Corp., a computer-aided engineering company, serving as its president and chief executive officer. He then led Synopsys. Inc., a major electronic design automation company, as its chief executive officer and then as executive chairman. In 1997, Mr. Jones co-founded Tensilica Inc., a privately held technology IP company that developed and licensed high performance embedded processing cores.

Mr. Jones presently serves on the board of directors of Nvidia Corporation and has done so since 1993.